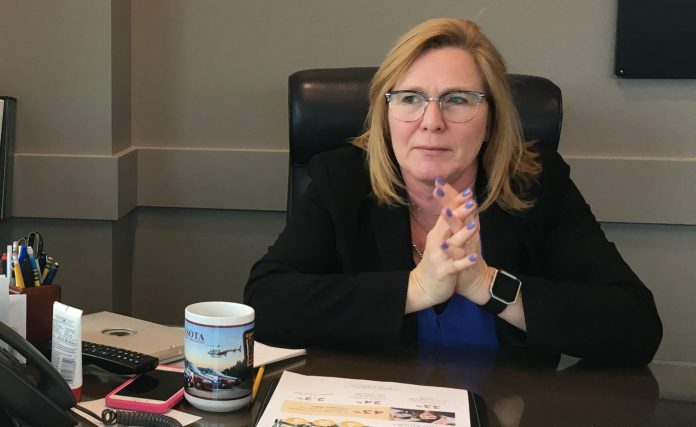 Minnesota State Senator Michelle Fischbach stepped down from her legislative post this morning and took the oath of office to become second in command as Minnesota’s 49th Lt. Governor.

Fischbach, a Republican who also served as President of the State Senate, released an email to legislative colleagues this morning confirming her resignation from her State Senate seat – and became Lt. Governor, with Democrat Governor Mark Dayton at her side, at 10am.

Fischbach had refrained from taking the oath of office due to a legal challenge from DFLers who contended that the state constitution banned her from serving in both roles.

The email did not provide a reason for Fischbach stepping down from the Senate.

As President of the State Senate; Fischbach advanced by Constitutional Authority to the Lt. Governor’s post when former Lt. Governor Tina Smith was appointed by Governor Mark Dayton to fill Al Franken’s post in the US Senate.