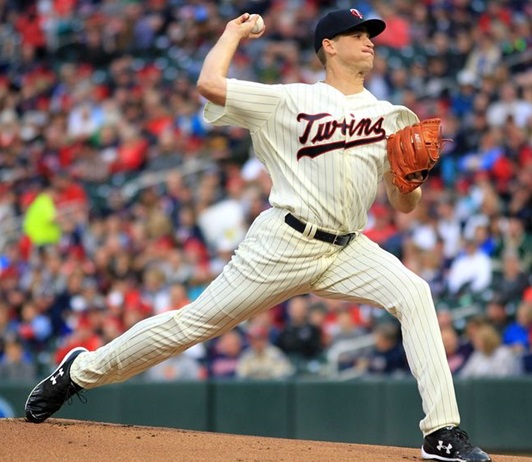 (Minneapolis, MN) — Logan Morrison homered to back six strong innings from Aaron Slegers as the Twins topped the Orioles 5-2 in Minneapolis. Slegers gave up just one run on three hits for his first career win. Fernando Rodney closed it out for his 18th save. Jake Cave went 3-for-3 with an RBI and a run scored for the Twins, who snapped a six-game losing streak.

(Minneapolis, MN) — The Twins and O’s continue their four-game series tonight at Target Field. Lance Lynn will get the ball for Minnesota. Baltimore will counter with Dylan Bundy.

(Undated) — The quarterfinals of the World Cup begins this morning. Uruguay and France square off in the first match, followed by Brazil against Belgium. Tomorrow, Sweden battles England and host nation Russia faces Croatia.

(Las Vegas, NV) — The Timberwolves tip off Summer League action in Las Vegas tonight versus the Nuggets. First-round pick Josh Okogie highlights Minnesota’s Summer League roster. Second-round selection Keita Bates-Diop is also on the squad. The Wolves will also play the Raptors on Sunday and the Nets on Monday before being seeded in a tournament.

(St. Paul, MN) — Wild forward Jason Zucker and defenseman Matt Dumba filed for salary arbitration yesterday. The Wild can still negotiate deals with either player before it goes to an arbitration hearing. Most contracts typically get settled ahead of a hearing.

(Minneapolis, MN) — Sylvia Fowles dropped in 27 points to lead the Lynx to an 83-72 win over the Sparks at Target Center. Minnesota moved to 11-and-7 on the season. The Lynx visit Chicago tomorrow.