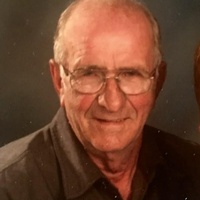 Visitation will be held one hour prior to the service on Saturday at the church.

Don entered the US Army and served his country, spending sixteen months in Korea.

On May 23, 1979 he was united in marriage to LaVonne Kaushagen. Don enjoyed working on cars and selling them which he did for forty years. He was always helpful to people. Don had a love for animals and he and LaVonne raised many miniature horses. His dogs were precious to him. He liked the sport of hockey and played it as a young man.

He is preceded in death by his wife LaVonne,  parents; brothers, Palmer and Shirley Thune, Ernie Thune, Arlene Thune and Norris Thune.