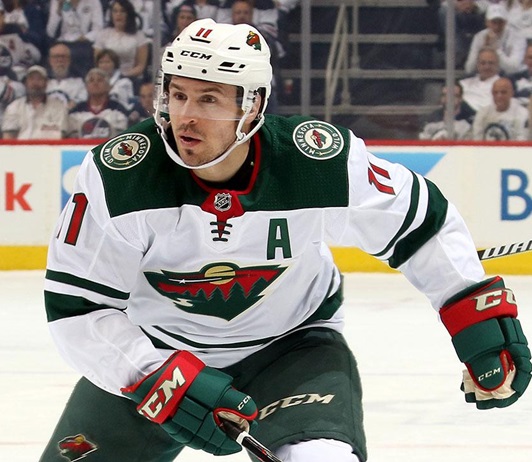 (San Jose, CA) — The Wild scored twice in the third period to tie it but couldn’t complete the comeback as they lost 4-3 to the Sharks in San Jose. Jared Spurgeon and Matt Dumba tallied 2:05 apart in the third period to tie the game for Minnesota, which fell to 2-and-2 on its current seven-game road trip. The Wild visit the LA Kings tomorrow night.

(Los Angeles, CA) — The Timberwolves take on LeBron James and the Lakers tonight in Los Angeles. Minnesota has lost the first three on its five-game west coast road trip following Monday’s 120-109 loss to the Clippers. The Wolves are now 4-and-7 on the season. The Lakers are 4-and-6.

(Eagan, MN) — The Vikings are getting some rest with their bye week. Minnesota’s next game is one week from Sunday at the NFC North-leading Chicago Bears. The Vikings sit at 5-3-and-1 on the season, a half-game behind the Bears in the division. Chicago hosts Detroit this Sunday.

(Minneapolis, MN) — Amir Coffey netted 18 points as Minnesota opened the basketball season with a 104-76 rout of Omaha at Williams Arena. Dupree McBrayer added 17 points in the victory. The Golden Gophers will host Utah next Monday.

(Minneapolis, MN) — On the gridiron, the Golden Gophers will host Purdue on Saturday at TCF Bank Stadium. Minnesota sits at 4-and-5 on the season and 1-and-5 in Big Ten play. The Gophers fell 55-31 at Illinois last Saturday.

(Undated) — North Dakota State and North Dakota continue to gear up for their next games on the gridiron. On Saturday, NDSU visits Missouri State trying to remain perfect on the season. The Bison are 9-and-0 including 6-and-0 in conference play. UND hosts Portland State in its home finale. The Fighting Hawks are 5-and-4 and 3-and-3.