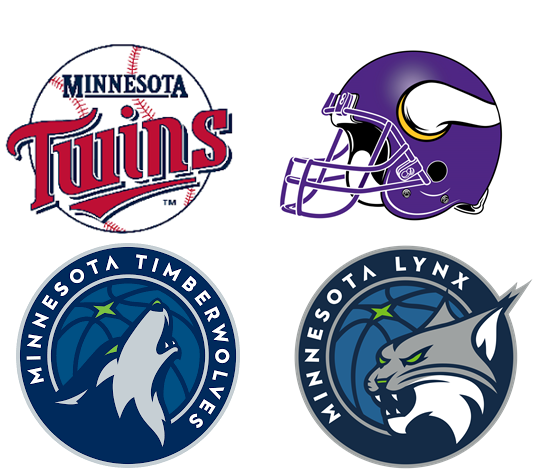 (Chicago, IL) — Karl-Anthony Towns racked up 20 points and 20 rebounds as the Timberwolves blasted the Bulls 119-94 in Chicago. Derrick Rose notched 24 points and eight assists for Minnesota, which has won two straight after dropping six-of-seven. Taj Gibson netted 16 points and Andrew Wiggins added 14 in the victory. The Wolves host the Hawks tomorrow before heading back out on the road.

(Chicago, IL) — The Wild are back on the ice tonight in Chicago facing the Blackhawks. Minnesota comes out of the holiday break riding a four-game losing streak. The Wild are currently fifth in the Central Division with 37 points.

(Eagan, MN) — The Vikings are gearing up for their regular season finale on Sunday against the Chicago Bears at US Bank Stadium. Minnesota can clinch a wild card berth with a win. The Vikes have won two in-a-row to improve to 8-6-and-1. The Eagles are right behind at 8-and-7. The Seahawks currently hold the top NFC Wild Card spot at 9-and-6.

(Detroit, MI) — Mohamed Ibrahim ran for 224 yards and two touchdowns as Minnesota cruised past Georgia Tech 34-10 in the Quick Lane Bowl in Detroit. Tanner Morgan threw for 132 yards and a pair of scores for the Golden Gophers, who finish the year 7-and-6.

(Minneapolis, MN) — The Golden Gopher basketball team is back in action Sunday hosting Mount St. Mary’s at Williams Arena. The Gophers aim for a fifth straight win and sit at 10-and-2 overall. They have been off since last Friday’s 86-67 rout of North Carolina A&T.