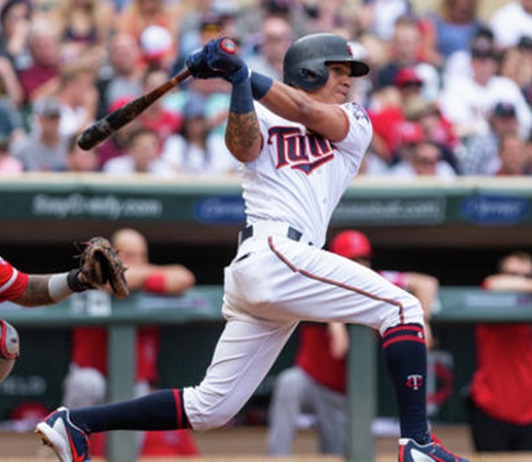 (Minneapolis, MN) — Jake Odorizzi and two relievers combined on a five-hit shutout as the Twins blanked the Astros 1-0 at Target Field. Odorizzi struck out seven while giving up just four hits over seven frames for the win, Minnesota’s fourth straight. Taylor Rogers pitched the eighth and Blake Parker the ninth for his sixth save. Ehire Adrianza hit a solo homer in the third inning for the games only run. The Twins and Astros resume their four-game series tonight at Target Field. Michael Pineda will be on the bump for Minnesota. Houston will send out Gerrit Cole.

(Minneapolis, MN) — Twins third baseman Miguel Sano is set to begin a lengthy injury rehab assignment tonight with Class A Fort Myers. Sano has been recovering from a right heal laceration he suffered during the winter. He hit just .199 with 13 home runs and 41 RBI in 71 games last season.

(Eagan, MN) — The Vikings are adding 10 undrafted rookie free agents. Among the players signed were quarterback Jake Browning, who is Washington’s all-time leader in passing yards and efficiency. He also set the Pac-12 record with 39 career wins. The Vikings will hold a rookie minicamp this weekend.

(Undated) — Patrick Maroon scored the go-ahead goal with 1:38 left as the Blues beat the Stars 4-3 in Game Three of their second-round playoff series in Dallas. St. Louis leads the best-of-seven matchup 2-1. Tonight, the Bruins and Blue Jackets play Game Three in Columbus and the Sharks visit the Avalanche for Game Three in Denver. Those series are tied at one.

(Undated) — The 76ers and Nuggets were both winners in the NBA Playoffs. Philadelphia won 94-89 in Game Two of their Eastern Conference semifinal in Toronto, tying that best-of-seven matchup at one. In the West, the Nuggets opened with a 121-113 win over the Trail Blazers in Denver. Tonight, Milwaukee hosts Boston and Golden State entertains Houston.