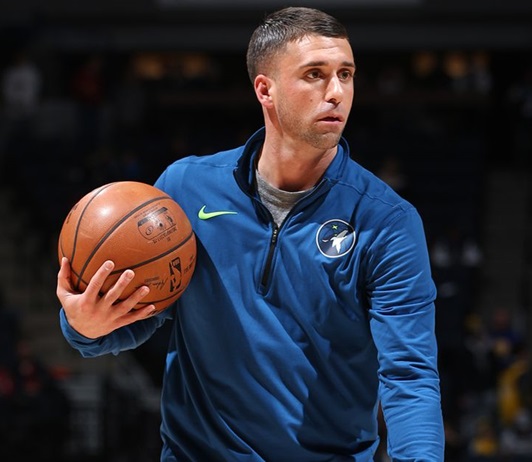 (Minneapolis, MN) — The Timberwolves have removed the interim tag and are making Ryan Saunders their next head coach. Saunders served as an assistant coach with the team since 2014 before taking over as interim head coach in January after the firing of Tom Thibodeau. The Wolves went 17-and-25 under Saunders and finished 36-and-46.

(Anaheim, CA) — Miguel Sano smacked a go-ahead two-run homer in the eighth inning as the Twins edged the Angels 3-1 in Anaheim. Ehire Adrianza plated the other run for Minnesota, which is 4-and-1 on its current seven-game road trip. Taylor Rogers got the win and Blake Parker posted his eighth save. The Twins and Angels continue their three-game series tonight in Anaheim. Michael Pineda will be on the bump for Minnesota. The Halos will send out Trevor Cahill.

(Eagan, MN) — The Vikings open up OTA’s today. It’s the first of 10 OTA sessions over the next three weeks. They will run periodically through June 6th, followed by a three-day mandatory mini-camp from June 11th through 13th.

(Winnipeg, Manitoba) — North Dakota running back John Santiago is heading north of the boarder to continue his football career. Santiago has signed with the Canadian Football League’s Winnipeg Blue Bombers. He joins former UND teammate and fellow running back Brady Oliveira, who was drafted by Winnipeg earlier this month.

(Omaha, NE) — The Golden Gophers are headed to Omaha for the Big Ten Baseball Tournament. Fourth-seeded Minnesota meets fifth-seeded Nebraska tomorrow night in its first game. The winner advances to play either top-seeded Indiana or eighth-seeded Iowa on Thursday.

(Minneapolis, MN) — The Golden Gophers are heading to the Super Regionals of the NCAA Softball Tournament. Minnesota cruised to an 8-1 win over Georgia in the finale of the Minneapolis Regional yesterday to advance. The Gophers will host LSU in a best-of-three series this weekend. It will be just their second Super Regional appearance in school history.