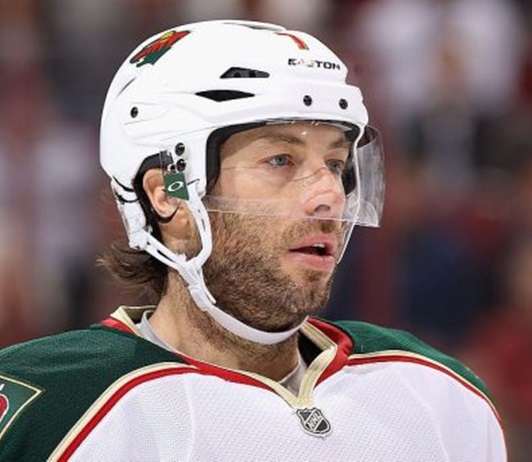 (Minneapolis, MN) — The Twins are headed to Cleveland to open up the second half tomorrow night against the Indians. The Twins come out of the break atop the AL Central at 56-and-33, five-and-a-half games ahead of the Tribe. The White Sox are 12-and-a-half back. Kyle Gibson will get the ball tomorrow opposite Cleveland’s Mike Clevinger. Jake Odorizzi and Jose Berrios will follow Gibson in the rotation.

(Pittsburgh, PA) — Former Wild forward Matt Cullen is hanging up his skates. He announced his retirement from the NHL yesterday after 21 seasons. Cullen played with the Wild for four seasons in two different stints, most recently in 2017-18. He finishes his career with 266 goals and 731 points.

(Chicago, IL) — Odyssey Sims hit a go-ahead jumper with 6.4-seconds left to lift the Lynx past the Sky 73-72 in Chicago. Sims scored 16 points to pace Minnesota, which moved to 9-and-6 with its third straight win. The Lynx wrap up their three-game trip tomorrow in Atlanta.

(Las Vegas, NV) — The Timberwolves are still perfect in Las Vegas summer league action after a 90-87 win over the Miami Heat. All five starters scored in double figures including 11 from Josh Okogie as the Wolves improved to 4-and-0 in Sin City. They will be seeded in the eight-team tournament after today’s preliminary round games wrap up.

(Los Angeles, CA) — Bucks star Giannis Antetokounmpo is one of the big winners at the 2019 ESPY Awards. He was named Best Male Athlete and Best NBA player. The U.S. Women’s National Soccer Team was named Best Team, and the St. Louis Blues won Best Comeback after rising from last place to win the Stanley Cup.

(St. Paul, MN) — Minnesota United FC is heading to the semifinals of the U.S. Open Cup after a 6-1 rout of New Mexico United at Allianz Field. The Loons advance to face Portland in the final four next month. They return to MLS action on Saturday hosting FC Dallas.