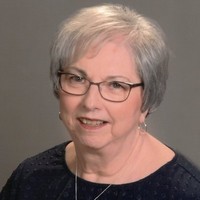 Patricia “Pat” Kruta 72 of Moorhead, MN formerly of Thief River Falls, MN passed away suddenly on Friday, September 13, 2019 at her residence with her loving family by her side.

Patricia Gail Curtiss was born October 8, 1946 to Harry V. and Edna L. (Thompson) Curtiss in Thief River Falls, MN. She was baptized and confirmed into the Lutheran faith. She attended school in Middle River, MN and graduated from Middle River High School in 1964.

Patricia “Pat” was united in marriage to Richard Kruta on December 27, 1963 in Renton, Washington. They had three children, Steven, Stacie and Cindy. The couple made their home in Middle River for 8 years and in 1972 moved to Thief River Falls. On September 5, 2018 they moved to Moorhead, MN.

Pat enjoyed being at home with her children while they were young. In the mid-1970s she began working at Mr. Duane’s as a buyer and manager and later worked for Norwest Bank. In 1985 she and Richard purchased Home Lumber Co. in Thief River Falls which they owned and operated together until retirement in May of 2008.

Pat had a servant heart and was the ultimate caregiver. Loving and caring for her family was her number one priority.  Pat was instrumental in keeping her family connected making sure everyone gathered on a regular basis.  She had a passion for perfection and this was evident in her sewing, quilting, baking, crocheting and knitting. She valued passing these skills on to her children and grandchildren.

Pat had a strong faith which she instilled in her family. She was a member of Redeemer Lutheran Church in Thief River Falls where she was a devoted member of the altar guild, served meals, made quilts and participated in a women’s circle. Since living in Moorhead she became a member of St. John Lutheran Church and was already active in their quilting and women’s groups.  She was also involved in her community volunteering with the Hospital Auxiliary, Relay For Life and Meals on Wheels.

She was preceded in death by her parents; mother & father-in-law, George and Helen Kruta; brothers-in-law, Virgil Houston, Bob Russell and Jack Brazier.