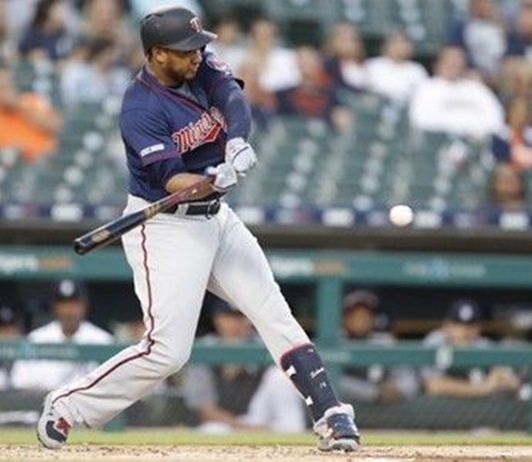 (Detroit, MI) — Jonathan Schoop homered in the seventh inning as the Twins took down the Tigers 10-4 in Detroit. Schoop’s home run was the 300th for the Twins, who became the first MLB team to reach the mark in a single season. Willians Astudillo added a home run in the eighth for Minnesota. Devin Smeltzer allowed 10 hits and three runs over five innings but got the win for the Twins, who improve to 99-and-60. Minnesota will visit the Royals tonight as it begins its final regular season series.

(Minneapolis, MN) — The Twins are making history with their bats. Minnesota became the first team in major league history to reach 300 home runs in a season as they defeated the Tigers 10-4. Jonathan Schoop homered in the seventh inning to help the club reach the mark. The Twins finished the game with their season total at 301, which is a MLB record. 13 franchises have set records for home runs in a season this year.

(Green Bay, WI) — Nigel Bradham intercepted a tipped Aaron Rodgers pass in the end zone in the final minute as the Eagles held off the Packers 34-27 in Green Bay. Carson Wentz threw for 160 yards and three TD’s as Philadelphia evened its record at 2-and-2. Rodgers passed for 422 yards, two scores and his first pick of the season as Green Bay fell to 3-and-1.

(Eagan, MN) — The Vikings continue to prepare for their upcoming game against the Bears. Minnesota will visit Chicago on Sunday. Both teams are 2-and-1 on the season.

(Dallas, TX) — Jordan Greenway and Jason Zucker scored as the Wild edged the Stars 2-1 in preseason action in Dallas. Minnesota will host the Jets in its final preseason game on Sunday. The Wild open the regular season at the Predators on Thursday.

(Undated) — North Dakota State is off this weekend after defeating UC Davis last Saturday. The Bison are 4-and-0 and will visit Illinois State next Saturday. UND will visit Eastern Washington tomorrow. The Fighting Hawks are 2-and-1.

(West Lafayette, IN) — Minnesota will look to remain perfect when they visit Purdue tomorrow. The Golden Gophers are 3-and-0 on the season. Minnesota is coming off a bye week.

(St. Paul, MN) — In MLS action, Minnesota United will host LAFC on Sunday. United is second in the west with 52 points. LAFC is first with 68 points in the conference.