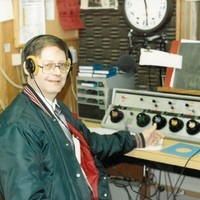 Richard Bjerken, also known as Lee Richards, of Thief River Falls, MN, 79, passed away on Tuesday October 15, 2019 at his residence.

Funeral service will be held at 11:00 AM on Saturday, October 19, 2019 at Trinity Lutheran Church, Thief River Falls, MN, with Reverend John Voelker officiating.  Burial will be at Greenwood Cemetery, Thief River Falls.

Visitation will be held from 4:00 PM until 6:00 PM, with a 6:00 PM Prayer Service on Friday, October 18, 2019 at Trinity Lutheran Church, Thief River Falls.  Visitation will also be held for one hour prior to the funeral at church on Saturday.

Richard Leigh Bjerken was born August 18, 1940 at Thief River Falls, MN, the son of Ernest and Opal (Rhodegard) Bjerken.  He was raised in Thief River Falls and was baptized and confirmed at Trinity Lutheran Church.  He attended Northrup School and graduated from Lincoln High School in 1958.

He served his country in the United States Navy for 4 years, with tours of duty in Turkey and Iceland.  Following his discharge he began work at Narverud Cleaners.  He attended the Technical College in Thief River Falls, taking a course in broadcasting for one year and then working at KTRF Radio in Thief River Falls.  Richard a.k.a. Lee Richards covered the school board meetings for 30 years, receiving a recognition plaque for his dedicated service.  Many knew him as the Sunday morning voice on KTRF.

Family condolences may be sent by visiting www.johnsonfuneralservice.com