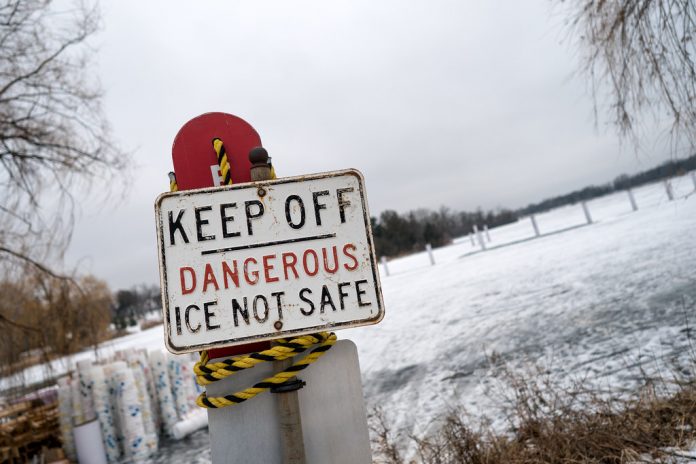 Sheriff Ray Kuznia has a warning for all users of the Thief River-stay off the ice. Although ice is never completely safe, the Thief River will be dangerous now and dangerous all winter long as floodwaters are released from the Agassiz impound.

What has happened is that late fall rains have flooded approximately 68,000 acres that eventually flow through the Agassiz Wildlife National Refuge where the water is released to the Thief River and then flows down to Thief River Falls. Impoundments that flow into Agassiz include Moose Lake and Thief Lake impoundments. In order to avoid flooding this spring, this water must be released all winter long.

Releasing the water will create friction on the bottom of the ice on Thief River. This friction will wear away at the ice and weaken it to the point it will be incredibly dangerous. Unpredictable air pockets will exist under the ice and act like a trap. Anyone who falls through this trap would be immediately swept away under the ice. Authorities will maintain a high flow all winter long, even low temperatures will not make up for the friction as it wears away at the ice.

Some local flooding has already occurred in the area of the Thief River Falls golf club but it will be worse if these waters are not released all winter long. The Red Lake river will not be part of the high flow of the Thief River however it should be remembered that these two rivers meet at the Tindolph Beach area and continue downstream to the dam. These waters will be subject to friction on the bottom of the ice which make the ice deadly.

Sheriff Kuznia also said that because of the high flow, if someone fell through the ice, rescue would be nearly impossible. Divers would be swept away by the flow if they ventured through the ice.

Again, stay off the ice of the Thief River, this is a warning that will exist all winter long. Authorities will meet again in a month to check on the progress as they try to remove many acres of water from the Thief River watershed.