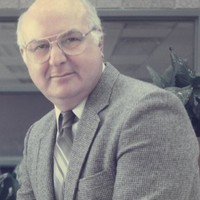 Funeral service will be held on Friday, January 3, 2020 at 10:30 AM at Black River Lutheran Church west of St. Hilaire, MN with Reverend Frank Ehling and Reverend Sheila Michaels Officiating. Burial will be at Black River Church cemetery.

Visitation will be held on Thursday, January 2, 2020 from 5 – 8 PM with a 7:00 PM prayer service at Black River Lutheran Church and also one hour prior to the service on Friday at the church.

Walter George Osborn was born July 1, 1940 at LaMoure, ND son of George LaRoy and Margarette (Rudolph) Osborn. He attended Badger #3 school and Berlin, ND High School graduating in 1958. Walt entered the US Airforce in 1958 and served his country until his honorable discharge in 1963. Walt worked as a mechanic in Edgeley, ND and moved to Minneapolis where he worked at the Ford Plant and Olson Equipment.

On October 16, 1965 Walt was united in marriage to Janet Paulson at Albion Lutheran Church at St. James, MN. to this union 2 children were born Andrew and Julie. The couple lived in Minneapolis until 1968 when they moved to Thief River Falls, MN where he attended Aviation A and P at Northland Technical College. While in school he worked at Arctic Cat as a welder. Following his education he worked for Davidson Well drilling and later he worked as FBO at the Thief River Falls Airport. He also worked for Arctic Cat as their Airplane mechanic; he then applied at the Northland College to become an instructor where he worked for 23 years.

Walt enjoyed fixing and rebuilding airplanes, reading, playing cards and games. He would take the kids and grandkids flying and would let them fly the plane while in the air.