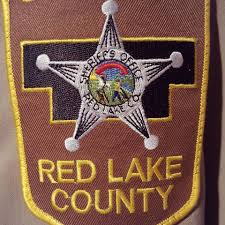 In the early morning hours of 02/01/20, the Red Lake County Sheriff’s Office received a report of a motor vehicle crash on Hwy. #92, approximately 4 miles east of Hwy. #32. It was discovered that Martin Xavier Lara (18) of McIntosh was eastbound on #92 when he lost control of his vehicle. The vehicle struck a bridge guardrail, overturned and skidded along the roadway on its roof. The vehicle was totally damaged. Mr. Lara was treated for minor injuries, at the scene, by the Red Lake Falls Ambulance crew. It was also discovered that Mr. Lara was intoxicated. He was cited for misdemeanor DWI and misdemeanor minor in possession of alcohol. He was released to his parents and he will be summonsed to appear in Court in Red Lake Falls later this month. The Minnesota State Patrol also assisted at the scene.

On the afternoon of 02/04/20, Dollar General reported they had a shoplifter in their store. A deputy responded and found that a juvenile had attempted to steal some items from the store. The theft attempt was thwarted and the juvenile was turned over to their parents. The youth was also trespassed from the store and the matter was resolved without filing any criminal charges.

On the evening of 02/04/20, the Red Lake County Sheriff’s Office received a report of a domestic disturbance at a residence in Red Lake Falls. Red Lake County deputies responded. A female at the residence told them the suspect had left, prior to their arrival, but he had attempted to break into the house, damaged her front door, and had placed her in fear of physical harm. Deputies later found Justin Lee Shepard (30) at his residence in Red Lake Falls. Mr. Shepard was arrested, taken to the jail in Crookston, and booked for misdemeanor domestic assault. He appeared in Court in Red Lake Falls on 02/05/20 and he was released on the condition to have no contact with the victim. His next court appearance is scheduled for 03/11/20.

In the early morning hours of 02/06/20, a Red Lake County deputy stopped a vehicle on Hwy. #32 in Red Lake Falls for a traffic violation. The driver of that vehicle was Liana Brooks (40) of Crookston. It was discovered that Ms. Brooks was under the influence of methamphetamine and possessed a small amount of methamphetamine, marijuana and drug paraphernalia. She was arrested and taken to the jail in Crookston. She was booked for misdemeanor driving while under the influence of a controlled substance and gross misdemeanor possession of illegal controlled substances. She was released from custody on 02/06/20 and will be summonsed to appear in Court in Red Lake Falls at a later date.

On the afternoon of 02/06/20, Red Lake County law enforcement executed a search warrant and also served an arrest warrant at a residence in Oklee. Robert Duncan Fox (27) of Oklee was arrested for violating the terms of his supervised probation. Illegal controlled substances were also found and seized. Mr. Fox was taken to the jail in Crookston and he was booked for the probation violation and for gross misdemeanor possession of illegal controlled substances. He remains in custody at the time of this release.