(St. Paul, MN) — Alex Stalock stopped all 26 shots sent his way as the Wild blanked the Golden Knights 4-0 at The X. Joel Eriksson Ek and Jared Spurgeon scored first period goals, while Kevin Fiala and Zach Parise tallied in the second for Minnesota, which has won four-of-five. The Wild host the Rangers tomorrow.

(Minneapolis, MN) — The Timberwolves are back home to host the Hornets tonight in their final game before the All-Star break. Minnesota will then be off until one week from Friday. The Wolves have lost 14 of their last 15 to dip to 16-and-36 on the season.

(Fort Myers, FL) — Twins pitchers and catchers are set to report for spring training today in Fort Myers. Position players must report by next Monday. The Twins open up spring play with an exhibition against the Minnesota Golden Gophers on February 21st.

(Minneapolis, MN) — Minnesota is back in action Sunday hosting 17th-ranked Iowa at Williams Arena. The Golden Gophers have lost three-of-four after Saturday’s 83-77 setback at Penn State. The Gophers sit at 12-and-11 on the season and 6-and-7 in Big Ten play. 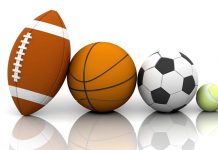