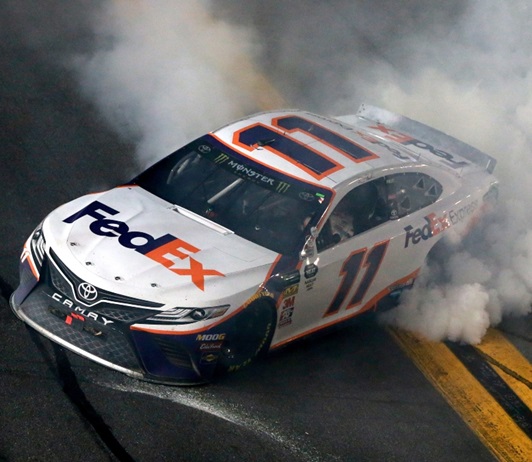 (Daytona Beach, FL) — NASCAR driver Ryan Newman is in the hospital after a fiery crash on the final lap of the Daytona 500. He was in the lead when his car was nudged and sent veering into the wall. The car flipped, caught fire and was hit by another car, which tossed him into the air again. Newman is in serious condition, but his injuries are not life-threatening.

(Fort Myers, FL) — The Twins will hold their first full-squad workout of camp today in Fort Myers. Position players reported yesterday. The Twins open up exhibition play with an exhibition against the Minnesota Golden Gophers on Friday.

(Vancouver, British Columbia) — The Wild are headed to Vancouver to clash with the Canucks tomorrow. Minnesota will then travel to Edmonton to play the Oilers Friday before returning home. The Wild have lost three-of-four to drop to 27-24-and-7 on the season. They now sit seven points out of a playoff spot.

(Minneapolis, MN) — The Timberwolves are off for a few more days for the All-Star break. The Wolves will return to the hardwood Friday when the Boston Celtics come to town. Minnesota lost two straight and 15 of its last 16 before the break and sit at 16-and-37 overall. The Wolves sit second-to-last in the Western Conference.

(Minneapolis, MN) — The Golden Gophers are back in action tomorrow night hosting Indiana at Williams Arena. Minnesota has lost two straight after Sunday’s 58-55 home setback to Iowa. The Gophers fell to 12-and-12 on the season and 6-and-8 in Big Ten play. The Hoosiers are 16-and-9 and 6-and-8.