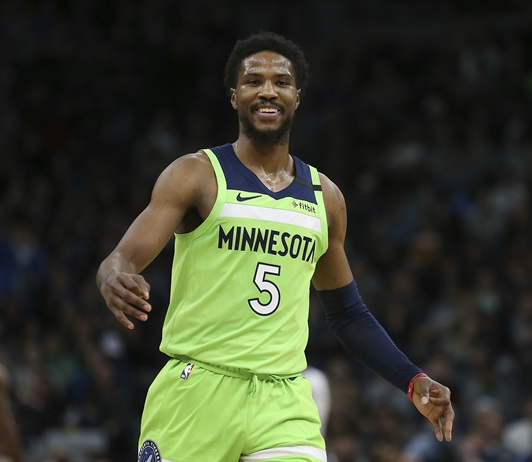 (New Orleans, LA) — Malik Beasley dropped in a game-high 28 points as the Timberwolves topped the Pelicans 139-134 in New Orleans. D’Angelo Russell netted 23 points and James Johnson added 19 off the bench as Minnesota won for just the third time in 23 games. The Wolves begin a three-game homestand tonight against the Bulls.

(St. Paul, MN) — Luke Kunin and Kevin Fiala scored first period goals as the Wild skated past the Predators 3-1 at The X. Zach Parise padded the lead in the third period for Minnesota, which has won six-of-eight. The Wild will open up a three-game California road trip tomorrow night in San Jose.

(Fort Myers, FL) — Marwin Gonzalez hit a solo homer and a two-run double as the Twins topped the Tigers 5-1 in Fort Myers. Miguel Sano added his first home run of the spring for the Twins, while starter Randy Dobnak fired three shutout innings for the win. The Twins have today off and will visit the Orioles tomorrow in Sarasota.

(Bloomington, IN) — The Golden Gophers are headed to Indiana to battle the Hoosiers tomorrow night in their final road game of the regular-season. Minnesota will then host Nebraska on Sunday in its finale. The Gophers have lost five-of-six to dip to 13-and-15 on the season and 7-and-11 in Big Ten play. The Hoosiers are 18-and-11.

(Undated) — North Dakota State and North Dakota continue to prepare for the Summit League Tournament. The top-seeded Bison will take on eighth-seeded Denver in the opening round Saturday in Sioux Falls. The sixth-seeded Fighting Hawks will face third-seeded South Dakota in round one action on Sunday.