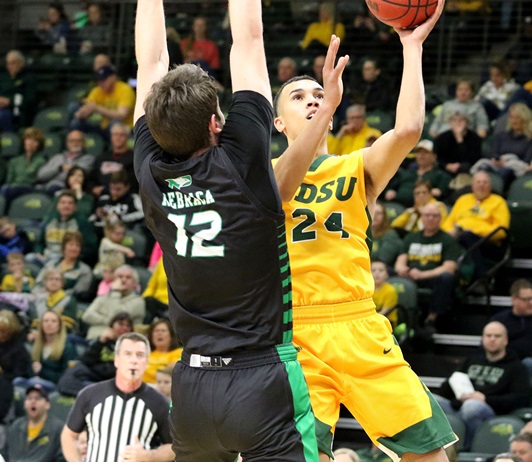 (Sioux Falls, SD) — North Dakota State and North Dakota are both heading to the Summit League Tournament championship game after wins. The top-seeded Bison beat Oral Roberts 75-69 to advance. The sixth-seeded Fighting Hawks hammered Purdue Fort Wayne 73-56 to move on. NDSU will meet UND for the title and a trip to the NCAA Tournament tonight in Sioux Falls.

(Indianapolis, IN) — Minnesota will meet Northwestern tomorrow night in the opening round of the Big Ten Tournament in Indianapolis. The Golden Gophers earned the 12th-seed after going 14-and-16 this season including just 8-and-12 in conference play. The Wildcats are the 13-seed.

(Miami, FL) — Many of North America’s major pro sports leagues are closing access to locker rooms and clubhouses to combat the coronavirus. The NBA, NHL, MLB and MLS say the decision comes after consulting infectious disease and public health experts about the outbreak. Media interviews will be restricted to areas outside the locker room.

(Olympia, Greece) — The Olympic Flame will be lit Thursday, but hardly anyone will see it. Organizers are shutting out the public because of the coronavirus. Only 100 officials will be allowed to attend the event in Greece. The flame will be there for eight days and then fly to Japan for a 121-day journey to Tokyo. The Summer Games begin July 24th.

(Houston, TX) — The Timberwolves begin a six-game road trip tonight in Houston against the Rockets. Minnesota will also make stops in Oklahoma City, San Antonio, Portland, Phoenix and Utah during the trek. The Wolves have lost two in-a-row to dip to 19-and-44 on the season.

(Fort Myers, FL) — The Twins were held to six singles in a 3-0 loss to the Cardinals in Fort Myers. Starting pitcher Randy Dobnak gave up two runs over four innings to take the loss. The Twins visit the Phillies today Clearwater.

(St. Paul, MN) — The Wild are off the ice until Thursday when they host the Vegas Golden Knights. Minnesota will then visit Philadelphia on Saturday before returning home to host Nashville on Sunday. The Wild have won six of their last eight and currently hold the second wild card in the West with 77 points.