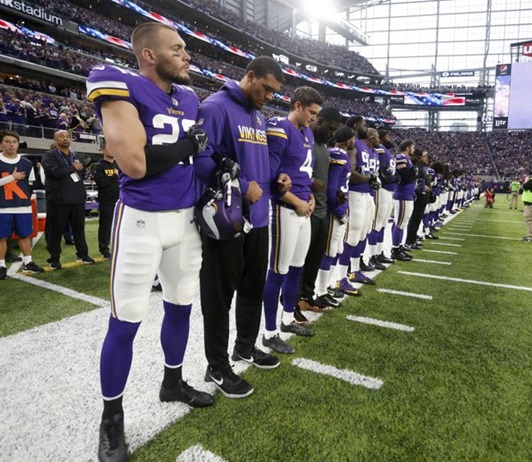 (Undated) — The odds of the Vikings returning to the playoffs just got better. NFL owners approved the playoff expansion from 12 to 14 teams this coming season with two extra wild-card berths. Only the top-seed in each conference will receive a bye. This is the first time the NFL has expanded the playoff format since 1990. Minnesota went 10-and-6 last season to earn a wild-card berth. Officials also said during yesterday’s conference call that the NFL plans to start the season as scheduled with fans in the stand

(New York, NY) — The NBA and its players are reportedly discussing withholding the remaining pay owed. According to ESPN, the NBA and the Players Association are discussing a scenario where 25 percent would be withheld in a league escrow if the rest of the season was canceled. The league has been suspended amid the ongoing coronavirus and still hopes to return to action to finish out the season.

(Undated) — If there are no games, they’re playing the game. The NBA, the players association and 2K have partnered to produce an NBA 2K video game tournament that will air on ESPN starting Friday. The tournament, which features 16 NBA players including Miami’s Derrick Jones Jr., will run through April 11. The winner will receive 100-thousand-dollars to give to a coronavirus-relief-related charity.

(Minneapolis, MN) — Golden Gophers sophomore guard Marcus Carr has declared for the NBA Draft. Carr, however, did not hire an agent to leave open the door to return to school. He has until June 3rd to withdraw his name. Carr averaged 15.4 points, 6.7 assists and 5.3 rebounds this season and set a school single-season record with 207 assists.