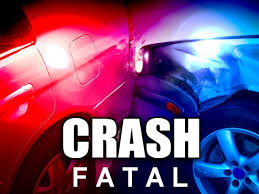 Monday afternoon at approximately 3:37 P.M., the Polk County Sheriff’s Office responded to a report of a single-vehicle rollover near the intersection of Polk County Road 10 and 405th Street SE south of Mentor, MN. The vehicle, a semi, was reported to be on fire in the ditch on the west side of the road. The semi was fully engulfed when deputies arrived. Minnesota State Patrol, Fertile Fire Department, Mentor Fire Department, Fosston Essentia Ambulance and Polk County Ambulance Service also responded.

After the fire was extinguished, the driver, later identified as Thomas John Wolbeck, 62, of Waubun, MN, was transported to the University of North Dakota Medical Examiner’s Office for autopsy. The semi was a 1988 White/GMC tractor and was pulling a trailer loaded with straw bales. The Minnesota State Patrol and Minnesota State Fire Marshal are assisting the Polk County Sheriff’s Office with this investigation. No further information will be released at this time.