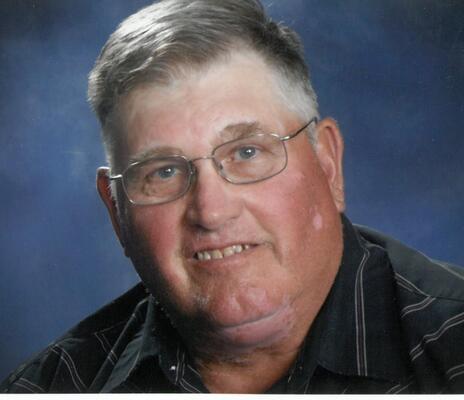 Roger Benitt, 69 of Holt, MN passed away suddenly on Friday, September 4, 2020 at his residence with his loving family by his side.

The funeral to celebrate Roger’s life will be held at 2:00 PM on Friday, September 11, 2020 at the Holt City Park with Rev. Cathie Rhodes officiating. Please bring your lawn chair and practice social distancing. Burial will follow at the Holt Cemetery. Visitation will be from 5:00 PM until 7:00 PM on Thursday, September 10, 2020 at Johnson Funeral Service in Thief River Falls, MN. Visitation will also be held one hour prior to the service on Friday at the Holt City Park.

Roger Dale Benitt was born June 6, 1951 in Thief River Falls, MN the son of Rueben and Dolores (Larson) Benitt. He was baptized and confirmed at Nazareth Lutheran Church in Holt, MN. Roger attended Holt Elementary School and graduated from Newfolden High School with the class of 1969.

On July 24, 1976, Roger had is first “meeting” with his future wife, Karen Erickson and the couple were married on the coldest day of the winter on January 15, 1977 at Alma Lutheran Church, rural Argyle, MN. They settled on Benitt Family Farm in Holt Township and to this union four children were born, Kent, John, Trevor and Jennifer.

Roger was a life-long farmer on the farm which he purchased from his grandparents, raising small grains, pigs, beef, cattle, sheep, and chickens. In 2019 the Benitt Family Farm was honored as a Centennial Farm. In his high school years, Roger worked at Amundgaard Implement in Thief River Falls. He later worked with Dwight Johnson Construction and was a bus driver for Newfolden School District and Tri-Valley Bus.

Roger was a very talkative and social man who enjoyed visiting with family, friends and strangers alike. He dearly loved his grandchildren and would spend any moment he could with them.