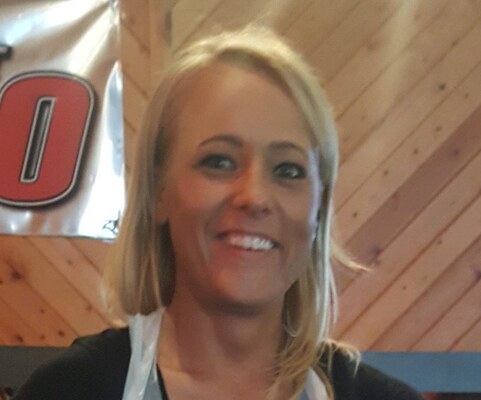 Jessica Cervantes 39 of Middle River, MN passed away on Tuesday, September 22, 2020 with her loving husband by her side following a courageous four-year battle with cancer. In true Jessie fashion, she was eager to make your pain hers, but never allow you to make her pain yours.

A gathering time for family and friends will be held from 4:00 PM until 7:00 PM on Monday, September 28, 2020 at Johnson Funeral Service in Thief River Falls, MN. The funeral procession will leave at 7:00 PM sharp to Bethesda Cemetery, Marsh Grove Township, rural Newfolden, MN where Jessie will be laid to rest at sunset.

Jessica Marie (Bakke) Cervantes was born on March 31, 1981 in Karlstad, MN the daughter of Larry and Heidi (Strandberg) Bakke. She was baptized at Bethlehem Lutheran Church and confirmed at Westaker Lutheran Church. She grew up near Newfolden and attended Marshall County Central and graduated in 1999.

Jessie began working at Digi Key after graduating high school and continued to work there until her passing. During her time in the Quote Department she developed many friendships that she cherished.

On October 25 2008 Jessie married her best friend Jason Cervantes and moved to Middle River. To this union an everyday adventure was born. Each day was filled with love through humor.

Jessie’s true passion was helping anyone in need and volunteering her time.  If she knew that you were going through hard times she would be at your door with food and eagerness to volunteer Jason for any type of manual labor needed.

Jessie was full of life and could make any situation fun and always knew how to cheer you up. She had the ability to know exactly how to make your day better with her personality. She was quiet but loud with love. She was competitive but generous with her heart. She was stern but full of compassion. She was soft but rebel cowgirl tough. She was a leader but always put you first. She is gone but she is there because she will always be in your heart.

She is proceeded in death by her father Larry Bakke.