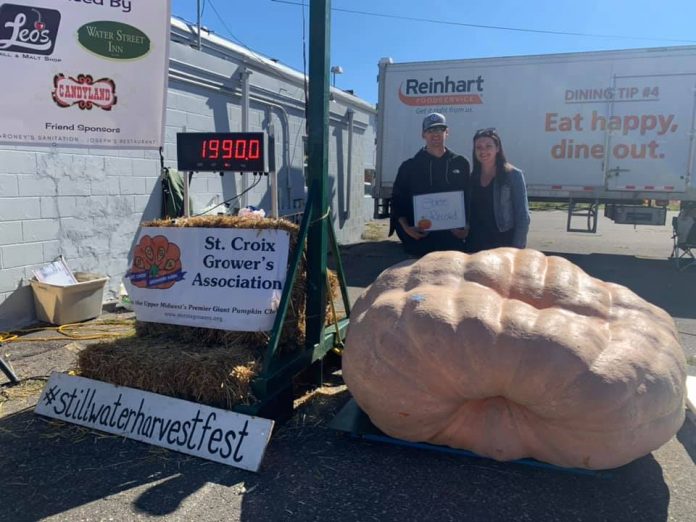 Grand prize came with a $5000 pay-off for Bernstrom, his nearly one-ton pumpkin now enjoys a place in the state record book.

The last eight years have been preparation for Bernstrom,  he does hope to break the 2,000-pound mark.

Following the weigh-off, Bernstrom sold his giant pumpkin to a Louisiana man who plans to carve it and put it on his front lawn.